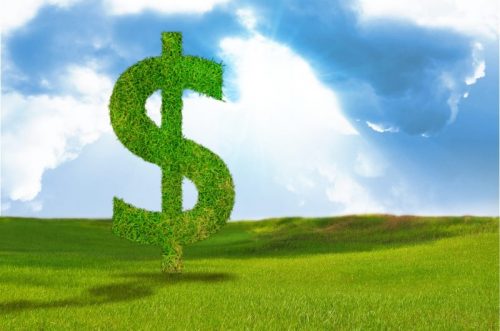 California Proposition 64 to legalize recreational marijuana is projected to pass on November 8, 2016. With passage comes a predicted “green rush” for the legal marijuana business in California.

Nevada Question 2 on the November ballot also proposes to legalize recreational marijuana, as does Arizona Proposition 205 on the Arizona ballot. Nevada is polled at 50/50 with passage predicted, while Arizona is projected to fail. It is possible with all three passing, combined with already legal recreational marijuana in Oregon, Washington State, and Alaska that the entire west coast of the United States could see legal marijuana on November 9th. Many predict the marijuana business could expand exponentially as a result in 2017-2018.

California was the first state to legalize Medical marijuana in 1996 with Proposition 215 and Senate Bill 420. According to the Humboldt Institute for Interdisciplinary Marijuana Research, there were 2,174 medical marijuana dispensaries operating in California in 2015, although only 815 were identified as “active.”

According to an analysis by ICF International, legal medical marijuana sales in California for the years 2013-2014 were $980 million and $1127 million respectively. ICF estimates that sales could jump to $19.8-$20.2 billion with legalization of recreational marijuana in the November 2016 election, adding tax income to the state of $1.2-$1.5 billion assuming a 7.5% average sales tax. If Senate Bill 987 (Marijuana Value Tax Act) passes, the California state tax revenues could be $2.4-$3.0 billion. The passage of Proposition 64 in California could be the creation of a $20 billion dollar market in 2018 by the estimates.

California legal marijuana regulation in its final form will probably follow current laws for medical marijuana in terms of growing/distributing/sales. Those laws, like California alcohol laws are “tied-house” laws. They are common nationwide for alcohol production/distribution/sales and separate the three tiers from each other. Under this legal structure businesses cannot “vertically integrate” by combining production, distribution, and sales under one roof. A River Collective analysis of existing California medical marijuana laws may apply to recreational marijuana in this manner. The final form of the recreational marijuana laws in California if Proposition 64 passes are scheduled for 2018.

The largest marijuana growing region in the US is the “Emerald Triangle” of Humboldt, Trinity, and Mendocino counties in Northern California. Marijuana cultivation replaced logging there as an economic and jobs engine in the 1970s and has been expanding ever since. That could change drastically under Proposition 64. Everything from the end of times to a boom is forecast. No one knows how it will turn out though.

What is known is that agriculture is a mainstay of the California economy, $47 billion in 2015 even after a drop of 17% from 2014. That’s just growers with distribution and sales are not included. Some of the agriculture businesses will experiment with marijuana growing at some point in the next few years if Proposition 64 passes.

The October 28, 2016 benchmark marijuana spot index is $1438/lb. In the Los Angeles, California region medical marijuana dispensary prices range from $145-$400/oz. ± ($2320-$6400/lb.). The dispensary price would include distribution and retail markups. Some dispensaries also grow their own strains and are supplied by captive medical grower collectives that fall into a gray area of the law. All of that could change with active enforcement of the regulations for separating the three legs of the industry. Other, larger, players like alcohol distributors and producers entering the distribution and sales verticals could force stronger regulation enforcement and shape a separation of growing from the other components by lobbying the state legislature and local law enforcement.

In terms of legal marijuana in the de facto national test bed of Colorado, the price paid to growers is under pressure from legalization there. In a year wholesale prices have dropped 50%. That might happen again in California/Nevada/Arizona. Wholesale prices of a pound of marijuana could fall to $700/lb. by 2018. That would put pressure on retailers to reduce prices considerably. It would be an overall hit to the bottom line of growers, distributors and retailers.

California grower licenses are proposed with a tiered structure to protect small growers and blunt large agribusiness entry into the new legal market for recreational marijuana. The fees and rules for the licenses are not finalized and will not be until 2018. California will probably be similar to Colorado for legal marijuana in the US. The Colorado licenses for small growers start at $7200. Washington State operates similarly but with lower proposed fees. Even in states with legalized cannabis, Colorado and Washington State the regulations are still developing.