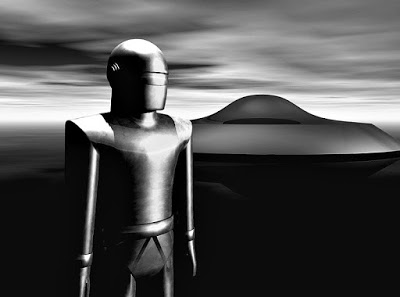 There was this, “Nobody’s Ready for the Killer Robot” about killer robots in Bloomberg. The piece has an interview with Robert H. Latiff who has a new book out, “Future War: Preparing for the New Global Battlefield.” Elon Musk and his concern expressed in a letter to the United Nations about Artificial Intelligence and weapon systems also figures in the opinion.

I worked in the tech side defense industry and in Silicon Valley for a long time,a significant bit of it for the NRO like Mr. Latiff. I tested the THAAD missile seeker, managed partnerships for the Future Combat Systems program, and helped facilitate Russian tech partnerships with The National Laboratories and NASA when the Berlin Wall came down under the auspices of the Nunn-Lugar Act, among other things. I founded a software company and helped the National Labs and NASA partner with industry to commercialize their technology catalogs.

Are we ready for humans to be out of the loop in our machines, war and otherwise? Maybe the humans that ran the death camps or Pol Pot or the ones who beat their children to death and throw them away? The Catholic Inquisitors and ISIS are in which loop? The Narco Cartels dissolve corpses in Draino might be consulted? It is an infinite list. After all, we invented The Borg, the Bezerkers, Alien, Predator…for entertainment. Everybody loves a good Stephen King book and movie about clowns who murder children. Stephen who makes millions writing of murder and mayhem might be an advisor. How many serial killer TV shows and movies are there?

Maybe it’s time for humans to be OUT of the loop. It might be a whole lot better, it certainly could be no worse.

Consider science and technology implications like AI, robots, and gene splicing at www.facebook.com/SYEOpublishing/ and www.syeopubliching.com