My Country Is Not Lost 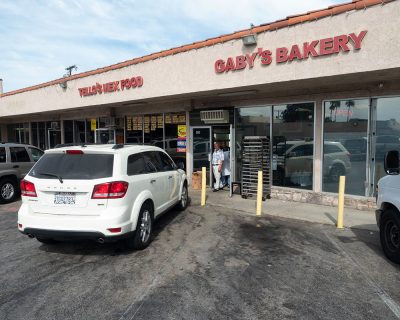 These are unsettling times. The monsters have come to Maple Street, and just as it always turns out in that old Rod Serling Twilight Zone, they are us.

I went to the Moorpark Country Days Parade on a sunny Saturday in early October to take photographs and enjoy the small town sunshine. On the way from where I parked to the parade, I passed by a little dusty brown shopping center with Mexican restaurants, bakeries and insurance agents. I had stopped to take a photograph of Gaby’s Bakery when a man stepped out. He asked me if I was taking photos with the newspaper and we chatted for a minute. I asked if they had good food, and he said to come back for a burrito.

I see opinion media stories and social media posts bemoaning some lost America, an “I am losing my country” screed of sadness, anger, and fear that the America they remember is being snatched from them somehow, someway.

The parade and street fair was one of those timeless local events of marching bands, martial arts displays on flat bed trucks, dance school groups, kids in Halloween costumes, Politicians in convertibles, and lots of horses. The riders made the horses dance and prance. There were tall, regal Friesians, little quarter horses, and gray dapples. The riders were young and old, men and women, many in fine Mexican western clothes to match the horses fancy tack and saddles. Young men carrying shovels, pitchforks, and trashcans followed the horses.

The main street had all the small business booths and tables, and more Ventura Sheriffs and their dogs and equipment than I have ever seen in one place at one time, showing it all to the kids and families. Who would not want to be out enjoying a warm, bright October Saturday with hot dogs, bands, horses, and homemade pastries? I didn’t say donuts!

In a large soft dirt lot behind the booths, a band played music for the dancing horses and their riders cantering through the warm yellow clouds of dust to the happy strains of Mariachi music. Kids in strollers and others clutching mom’s hand got to meet the horses and the tiny ponies on leashes too.

I took pictures of the gleaming lowrider cars down the middle of the street on the way back. There were even a couple of tricked out Priuses too. It is 2018 after all.

I kept thinking about this lost country that I should be missing somehow. My friends from Kindergarten through high school were people like Danny Lemus and Joe Delarosa who’s families came from Mexico at the turn of the century. My babysitter was Tommy Jackson, a 6’5” Washo Indian who lived across the street. Tommy must have had 100 model airplanes hanging from his bedroom ceiling, each painted meticulously right down to the pilots helmets and air hoses.

Tommy was drafted to the Viet Nam War and served as an MP there. When he came back neither the Sparks, Nevada or Reno, Nevada Police department nor the Fire departments would hire him. Tommy was an Indian. Tommy died of alcohol and probably sadness from losing his country some years later.

In college my best friend was from Hong Kong and I practiced Karate with an engineering student from Viet Nam. He was alone and taking care of his younger siblings. His parents were somewhere in Viet Nam, but could not get out, assuming they were still alive. Working as a busboy and change apron in casinos I met and struck up work friendships with people from Taiwan and a cop from Thailand who told me how he handled drunk American servicemen twice his size with two little sticks and one of their fingers. I was studying martial arts at the time.

In my graduate class was an engineering student from Iran. He was a good hairdresser too and helped some of the women get ready at one event I remember. He and his brothers bought an airplane to tour Europe one summer. You can guess who his family was.

On the way back to my car from the parade, I stopped at Gaby’s for the burrito. The cheerful woman making it was just kissing her daughter goodbye in her husband’s arms as they were off somewhere. I remember when my kids were 18-months old.

Everybody in the tiny, tiny restaurant/bakery was speaking Spanish and dressed in work clothes.

When I went to pay, they told me the burrito was on the house because, after all the man at the door on the way to the parade had said to come back for one. I took a picture of the owner and am writing this and sending it to the local paper, just because.

It seems that my country is not lost at all. It is vibrant and alive a couple of hills and one freeway over from the Ronald Reagan Presidential Library and his ranch in Simi Valley.

I cannot say that I feel any sorrow for the people who seem to have lost their country. They are most certainly willfully deaf and blind, and it appears to bring them no end of unhappiness.

If you are ever in Moorpark, California, stop at Gaby’s Bakery on Moorpark Avenue. You may find something else there besides great burritos and hot, homemade green salsa.

“…the worst aspect of our time is prejudice… In almost everything I’ve written, there is a thread of this – man’s seemingly palpable need to dislike someone other than himself.”
― Rod Serling