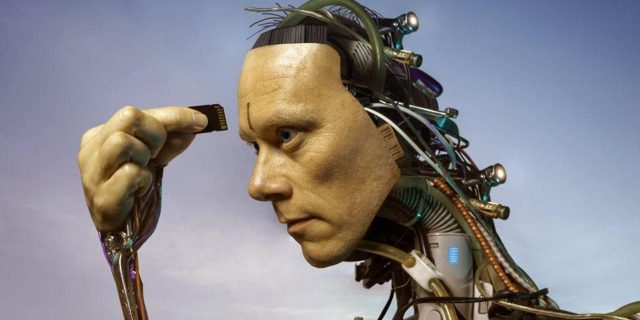 He has done everything right, his whole life. It’s his time. It’s very unfair to bring up an ancient, minor, childish faux pa to prevent him for achieving his very same childhood dream of serving the people on the high court. Everybody does it, or did it then for sure. It was the times. He was an innocent virgin. He was drunk at the time. Boys will be boys. Whew, let’s move on here, shall we.

I have troubles with memory myself, we all do, its an imprecise, tricky thing, memory is. Why it was just brought home to me a few years ago.

One, we can call her Kathy, went through all the backgrounding to be cleared to work on my project. We ended up in an office together with a couple other people outside the big cubicle farm. The program was overflowing space at the time and stuffing people everywhere.

We had those big gray steel desks with gray rubber tops in a room with cream-colored walls and gray, tightly closed steel shutters over the big window along the back wall. We used punch cards to program the Univac mainframe to solve our engineering problems and had a few Texas Instruments Silent 700 computer terminals with long rolls of thermal paper spewing out of them to edit our programs with, once they were in the computer using all those boxes of cards. A few years later we got a dark room with actual CRT computer terminals with full-page editors to do our programming on! It was very state of the art, man.

I liked Kathy and we became lifelong friends. I went on to many other companies, and Kathy stayed at BAC and eventually became an executive on a large program. She became a Chief Systems Engineer, which is a #2 position after the Program Manager who can have hundreds of employees reporting and budget authority in the $billions. These would be big companies in their own right if they were separate entities.

I had lunch with Kathy a couple of years ago when I moved out of the area. She told me a story about our time in the office with the gray steel desks. I did not remember it! It took a struggle to dredge it out of the memory banks, but I finally did.

Let me say that I can have a little troll in me, well maybe a lot according to my children. But what do they know! During my time in the office we had dealings with peers at Another Big Aerospace Company. Kathy got a call from a young ABAC engineer about a technical interface meeting he was coming to BAC for. He said something to Kathy to the effect of: “can you give me a man to talk to, honey.” He presumed she was a secretary or some assistanty type, not an engineer, even though he had been given her name as the technical contact by his company. She handed me the phone and I coordinated his visit. That’s where the trouble started. I had an idea.

When he came for his visit the next day I asked Kathy, we had this planned, to wait for the signal in the office while I went to meet him in our large subsystem cubicle area with four or five other engineers around the sides and a visitor desk to use for meetings. It was all smiles and hand shaking, then I asked him to wait a second while I asked somebody to join us. I went and got Kathy and made a big show of introducing her in front of everybody as a very good engineer we were lucky to have snatched up. He got all red and stuff.

I left him and Kathy at the visitor desk to have their meeting, after all she was his peer on the topic, not me. I think it went fine after that.

It’s funny that I did not remember all that until the lunch with Kathy 33 years later. I can see it all clearly now in my head, but it took her reminding me. She had remembered it for all those years and thanked me for it at our lunch.