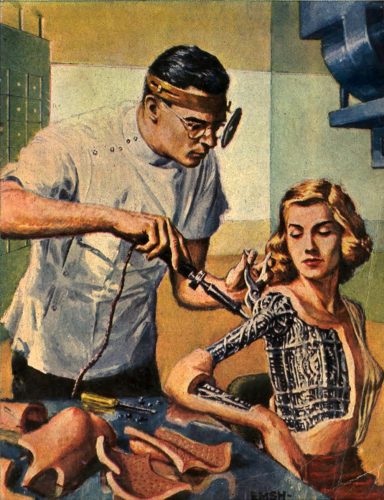 When history is written it may well be determined that the “Singularity” began around about 2017. The Singularity is by some definitions when technological invention becomes self-sustaining, technology critical mass is achieved and a cascade of self-perpetuating technologic change is started. Some technologists like Ray Kurzweil believe that the Singularity will transcend biology and human directed technological development in 2045, and human “Engrams” like the old Star Trek TV show predicted in the “The Ultimate Computer” episode will be placed in computers making humans immortal.

Huval Noah Harari in his book “Sapiens” postulates that an evolutionary inversion is imminent when humans will direct their own evolution rather than the biosphere through bioengineering and information technology.

These hypotheses suppose that some singular event, singularity, will happen at some point that will mark the supposed tipping point in human directed technology and biological change to make it self sustaining. That isn’t how change happens, though. It is always within the context of a system that makes it possible and the system defines the changes that happen within it. The Bronze Age happened when the human brain changed and we could start to make metal tools and everything else that was not done in the Stone Age. The markers for the Bronze Age are all those other things humans began to do, not just making bronze. Somewhere in the process we learned to make copper and gold and silver and all that goes with that early metallurgical technology, but it took a leap forward when we learned to smelt copper and tin together. The singularity of the Bronze Age was a system of changes and the impacts of those changes as a collection. Making Bronze was one thing of many, a symptom of the Age not the sole defining point of the beginning.

The indicators of the capital “S” Singularity are already happening. Robots are melding with Artificial Intelligence, AI and beginning to rapidly replace human labor and human knowledge workers. Some predictions are that large displacements will happen to unskilled and undereducated workers in ten years. Amazon is building automated warehouse and shipping centers, Foxconn replaced 60,000 workers with automation in 2016, robots can do surgery, AI can recognize faces, Alexa replaces your computer and phone for shopping, cars drive themselves, drones deliver pizzas—the list is long. And that is just robots.

Cloning biotechnology is old news, CRISPR allows gene editing and there is news about a cloned human recently. Cybernetic ears are a reality and eyes are only a matter of time as are robotic prostheses. Some experiments in thought directed computer operation are being done.

Big data is being married to AI. Machine learning is bypassing big data altogether to learn on it’s own. The stock market was taken over by computers and data years ago.

The Turing Test to separate a computer response from a human response was possibly passed in 2014. It is down for the count with Google’s AI system. Have you noticed that CAPCHA is almost impossible lately?

A new, quantum computer architecture besides the stored program, binary Turing machine has finally been invented that could make encryption unbreakable and predict the weather with ease. (or not: https://spectrum.ieee.org/computing/hardware/the-case-against-quantum-computing )

All these symptoms of exploding technologic change say that the Singularity has already begun. There will be breakthroughs that will accelerate it, but the cataract is flowing right now. While the Trump Presidency has sucked all the air out of the world’s attention room for the last 2-1/2 years technology has taken huge leaps in almost every field, as the mainstream media has failed to notice what it all means. That President may well be the first that completely understood the artificial world of social media and its ability to manipulate people’s emotions to get himself elected. The Russians certainly did. That artificial world has come a long way from AOL and Second Life as a larger and larger amount of human interaction, work, and leisure time is spent living in virtual worlds created by machine algorythums.

The Singularity is upon us and by 2075 wide-scale human unemployment, universal basic income, and machine directed society may well be in place. Humans will work, when they do, in small local venues, like restaurants and bars where human-to-human interaction is the product offered. Most humans will no longer make things themselves for any reason except their personal enjoyment and to sell or give away locally. Entertainment will be mostly machine generated as will management of the planet’s living spaces and environment. Medicine and law will be automated. We will also be actively modifying our basic generics to evolve ourselves and replace body parts with both biological and machine organs and limbs. If a mathematical model of how the brain works is developed and quantum computers turn out to be what some think they will be, then what?